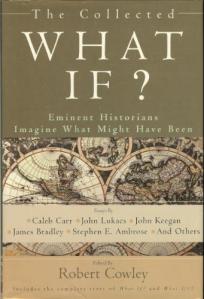 Most scholars would probably agree with the following summary of Israelite history:

After emerging from the semiautonomous tribes and villages of the Palestinian countryside, several loosely affiliated tribes periodically banded together for protection and mutual aid, eventually formalizing the compact by appointing the warlord who most recently united them as their ruler. His name was David. Under his heir, Solomon, the tribes officially became a kingdom, but the majority of them dissolved the compact after his death, and the rival kingdoms – Israel, the larger, wealthier north, and Judah, the smaller, poorer south – moved on parallel tracks for the next 200 years or so. These kingdoms were mostly polytheistic, worshipping a pastiche of local and regional gods, as well as a national deity named Yahweh. Over time, voices advocating worship of Yahweh alone arose, represented most vocally by men calling themselves his prophets and less vocally by the priests of Yahweh’s temple. Historians sometimes call this faction, though that label probably overstates the unity between the prophets and priests, the monotheistic party.

But a question could well be asked: How did monotheism win? Given the tragedy that befell both of these Yahweh-worshipping nations – Israel’s annihilation by Assyria in 722 B.C.E. and Judah’s destruction by Babylon in 586 – how did his worshippers retain their faith in a culture where the defeat of a nation was viewed as a defeat of the nation’s god?

Enter William H. McNeill, who has the first essay in a fun book I just picked up, What If?: Eminent Historians Imagine What Might Have Been. As the title implies, it’s filled with essays by historians telling an alternate history. What if just one or two chances of fate hadn’t happened in any given event? How would the world have changed from that point?

McNeill argues the most important event in the history of the western world is the failure of Sennacherib’s siege of Jerusalem in 701 B.C.E. It’s told in 2 Kings 18-19, 2 Chronicles 32 and Isaiah 36-37, and it’s confirmed by Sennacherib’s own inscriptions, in which he boasts of shutting Judah’s King Hezekiah up in Jerusalem “like a bird in a cage,” an accurate enough boast that nevertheless indicates Sennacherib couldn’t finish the job.

And why not? Well, the Bible says that after praying to Yahweh, Hezekiah received a message from Isaiah predicting Jerusalem’s safety. and the next morning, “the Lord’s messenger went out and struck down one hundred eighty-five thousand soldiers in the Assyrian camp. When people got up the next morning, there were dead bodies everywhere. So Assyria’s King Sennacherib left and went back to Nineveh, where he stayed.”

A plague had raced through the Assyrian camp and decimated its ranks – McNeill points out that 185,000 is an exaggeration, as that figure is larger than any ancient army – sparing Jerusalem from the rapacious hand of Sennacherib, who had otherwise decimated the kingdom of Judah.

Hezekiah was a monotheistic reformer, who took the side of those wanting to centralize worship in the Jerusalem temple.

Destroying “high places” where other rituals prevailed was part of the program. So was respectful consultation with inspired prophets, among whom, Isaiah, son of Amoz, was then the most prominent.

He also, seeing the growth of Assyria in the east, fortified Jerusalem’s walls, carved a tunnel to provide water to the city even in the event of a siege – and perhaps most important, appears to have diverted the natural sources of water away from the fields where a sieging army would need it. McNeill wonders if this forced the Assyrian army to drink tainted water, which led to the disease that wiped it out.

As McNeill notes, “such a miraculous deliverance showed that both King Hezekiah and the prophet Isaiah were right to rely on God’s power and protection. More than that: It proved God’s power over the mightiest ruler of the age. Who then could doubt that the prophets and priests of Judah, who so boldly proclaimed God’s universal power, were telling the truth?

Of course, monotheism wasn’t exactly there to stay. Hezekiah’s own son, Manasseh, was an inveterate polytheist, if perhaps not as evil as the biblical text portrays him. Yet his son, Josiah, returned to monotheism, thanks to the discovery in the temple of “a book of the law,” which most scholars think was Deuteronomy, perhaps written during Hezekiah’s reign or sometime earlier. The collapse of Assyria in the east paved the way for a peaceful, successful reign of Josiah and, by affiliation, Yahweh.

Less than 40 years after Josiah’s death, the conquerers of Assyria marched against Jerusalem and destroyed it. Babylon’s Nebuchadnezzar deported most of the population, but unlike the northern kingdom of Israel, Judah’s exiles retained their faith in Yahweh, using the time among the Babylonians to refine, explain and justify their faith, particularly in light of their defeat. Thus much of the Old Testament was written – explaining the exile not as Yahweh’s defeat but as his punishment for their sins, particularly the sin of polytheism.

McNeill puts it this way:

The pious party of Yahweh had to figure out why God had allowed such a disaster to take place. But by then the idea that God did in fact govern all the world was so firmly established that abandoning Yahweh, as the Israelites had done after 722 B.C.E., was inconceivable. Instead, long-standing prophetic denunciations of the sins of the Jewish people made it obvious that the Babylonian exile was God’s punishment for the failure of Judah’s rulers and people to observe his commandments to the full.

On the shores of the Euphrates, “the Jewish religion ceased to be local and became an effective guide to everyday life in cosmopolitan, urban settings, fit to survive and flourish across succeeding centuries into the indefinite future.”

And with the survival of the Jewish religion came the births of two others – Christianity and Islam, which together count among their adherents more than half of the world’s population. Which is why McNeill considers the salvation of Jerusalem from Sennacherib to be a singularly important event.

Which isn’t to say that monotheism would not have emerged in some other way – Greco-Roman culture was already moving in that direction before Constantine’s conversion to Christianity – but in the way things did happen, God used the events of history to bring about his plans in a way that was not clear for more than 700 years.