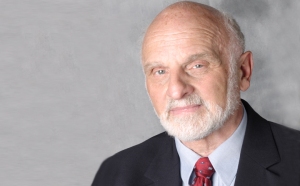 Every September, my alma mater gets together biblical scholars, preachers and the like to talk about pretty much any topic you can think of. It once was called Lectureship; now it’s called Summit. I wrote about Summit last year, and I’d like to do the same thing this year, highlighting what stood out from each day of classes and/or sermons.

The day started with Glenn Pemberton, an Old Testament scholar who suffers from chronic foot pain that leaves him in a wheelchair most days. I’ve mentioned him before, as he wrote and delivered perhaps the most poignant, honest prayer I’ve ever heard.

Glenn discussed Psalm 38, one of the bleakest of lament psalms, and gave six clues for why he believed the author of the psalm was familiar with deep, chronic pain – most convincing are his points regarding its structural discontinuity and abrupt swings of emotion. He closed with this question: “How do these psalms help the reader with whom they resonate?”

His response: Psalm 38, like other lament psalms, “restores our ability to speak. It gives us the language to restore and maintain contact with God. These words are forceful and audacious, equal to the writer’s situation. Most of all, they’re honest.”

As I’ve discussed, there’s a place for brutal honesty with God – who either causes or allows the suffering and is seen as either a tyrant for punishing beyond what is merited or neglectful for forsaking his “covenant partner.” On the former, Glenn described it this way:

God has had a few too many drinks of anger. The poet asks God to sober up first, or find a designated rebuker until he’s not so inebriated with wrath.

But the psalm also “models a tenacious grip to God – even when we believe God has caused our suffering. God may be the problem, but this writer knows no other source of help or hope than this same God.”

When Glenn talks about God being “inebriated with wrath,” certainly no passage fits the description better than Hosea 2.

Famed scholar Walter Brueggemann provided something of a live exegesis of the chapter, which opens with God’s stinging condemnation of faithless Israel and concludes with his pledge to win her back. It is, Brueggemann argued, “the most perfect poem in the Old Testament that articulates the sum of all biblical faith.”

Verses 2-13 are in the language of a divorce lawsuit, in which Yahweh is both plaintiff and judge. It opens in a provocative way:

Level a charge against your mother; plead with her!
She is not my wife,
and I am not her husband.
Let her remove prostitution from her presence,
and adultery from between her breasts,
3     or else I will strip her naked
and expose her as on the day she was born.
I will make her like a desert,
and turn her into a dry land,
and make her die of thirst.
4 I will also have no compassion on her children
because they are children of prostitution.
5 Their mother has played the prostitute;
she who conceived them has behaved shamefully.
She said, “I will seek out my lovers;
they give me my bread and my water,
my wool and my linen cloth, my oil and my drink.”

The next word is, “Therefore,” and Brueggemann drew some laughs when he said, “In the prophets, when you see the word, ;Therefore,’ you duck.”

6 Therefore, I will line her path with thorns;
and I will build a wall against her,
so that she can’t find her paths.
7 She will go after her lovers,
but she won’t catch up with them;
she will seek them,
but she won’t find them.
Then she will say,
“I will return to my first husband,
for I had it better then than now.”
8 She didn’t know that I gave her
the corn, the new wine, and the fresh oil,
and that I gave her much silver,
and gold that they used for Baal.
9 So now I will take back
my corn in its time,
and my wine in its season;
and I will take away my wool and my linen cloth,
which were to cover her nakedness.
10 Now I will uncover her nakedness
in plain view of her lovers,
and no one will rescue her from me.
11 I will end all her religious celebrations,
her festivals, her new moons, her Sabbath days,
and all her sacred seasons.
12 I will destroy her vines and her fig trees,
of which she said,
“These are my pay,
which my lovers have given to me.”
I will change them into a forest,
and the wild animals will eat them.
13 I will punish her for the days dedicated to the Baals,
when she offered sweet-smelling sacrifices to them
and dressed herself up with rings and jewelry,
and went after her lovers,
and forgot me, says the Lord.

Noting the economic punishments – the removal of the big cash industries of corn, wine and wool – Brueggemann argued the worship of Baal is not so much the worship of pagan gods as it is the worship of rival economic systems, ones that promote greed, materialism, injustice and predation. “A predatory society was making life unlivable.”

God’s response is “I will” – “not only an anticipation, but an emotive expenditure of undemonstrated rage.”

After all of that, Verse 14 begins again with, “Therefore,” but this time, the tables are turned:

14 Therefore, I will charm her,
and bring her into the desert,
and speak tenderly to her heart.
15 From there I will give her vineyards,
and make the Achor Valley a door of hope.
There she will respond to me as in the days of her youth,
like the time when she came out of the land of Egypt.

The violent language of the first 13 verses turns into “a door of hope.” The case has been made, the marriage dissolved, the wife abandoned. “A covenantal relationship has been turned into an intense emotive transaction.” It’s no longer about obedience, but about fidelity.

Why does the text turn so suddenly from anger to restoration? Perhaps it reflects Hosea’s own self-discovery as he grapples with his failing marriage to Gomer. Perhaps, in speaking for God, Hosea experiments with his surface emotions but realizes his “best self would say something different.” Perhaps, Brueggemann argues, “God has a complex, unsettled internal life.”

Standard Christian theology, he said, traffics in propositional closure. We determine who God is – omnipotent, omniscient, etc. – and we reject anything that might change those views. “That’s a betrayal,” Brueggemann said, “of the God given to us in the Bible.”

Brueggemann said he imagines these pivotal two verses being read slowly, this slow transition to the second part of the chapter, in which God promises something far different than what he promised in the first half.

On that day, says the Lord, you will call me, “My husband,” and no longer will you call me, “My Lord.” I will take away the names of the Baals from her mouth, and they will not be mentioned by name anymore. On that day, I will make a covenant for them with the wild animals, the birds in the sky, and the creeping creatures of the fertile ground. I will do away with the bow, the sword, and war from the land; I will make you lie down in safety.

Hosea ties creation to covenant, promising an ecological renewal and an end to violence. As he began to connect the world of Hosea to our own world, he noted our own problems with environmental deprivation and warfare, evidenced by this aside: “Does it strike you that we live in a militaristic society of which professional football is simply the violent liturgy?”

Brueggemann notices these five characteristics – righteousness, justice, love, mercy, faithfulness – and says they are synonyms in the Hebrew, each describing a slightly different notion of God’s desired society as one of renewal and opposed to the values we often uphold: commodity, power, acquisition and wealth. God therefore promises to restore creation by overthrowing predatory religion with a new contract of fidelity.

Creation is restored. “The world will work again,” God says. “The world begins again.” As Brueggemann put it:

Hosea 2 is a story of God’s reversal, something with which we have grown uncomfortable in our Calvinistic belief that God must be an unchanging, unstoppable force. When we don’t allow God the freedom to reverse himself, Brueggemann said, we do not leave room for “the freedom of newness in our life.” Whereas conservatives reduces God to a set of propositions and liberals reject his agency altogether,  “God always breaks out of our intellectual formulas.”

Brueggemann wrapped up his talk with a discussion of Baal. Not simply a pagan god, Ball stood for “a system of economics that is sustained by exploitation and injustice. … Baalism is always a question of economics. Baal has no gifts to give that will sustain life.”

By contrast, God’s covenant is different: It is “an alternative – not just religious but socioeconomic political alternative that says the only way to love God is to love your neighbor. Baalism was an assumption that you do not need to love God or your neighbor – you just needed to use them.” No wonder, then, that Israel’s forsaking of Yahweh coincided with its exploitation and oppression of the poor.

The structure of Hosea 2 is one of exile and return – the “door of hope” very well could have been added by returning exiles under Ezra and Nehemiah.

The structure of Hosea 2 is also one of death and resurrection. Verses 2-13 are Friday, and verses 16-23 are Sunday. The long Saturday between are represented by verses 14-15, Brueggemann said. “What is God doing on Saturday?” he asked. “How is God gathering Godself to make newness?”

And the structure of Hosea 2 is one of failure and renewal. We live in a Saturday time, where Psalm 38 is more the norm than the exception. But Sunday is coming; Hosea 2 promises us that.