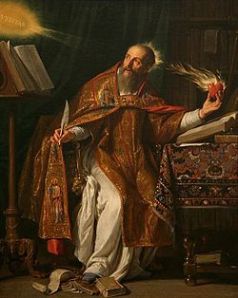 The problem with a strictly literal approach to the Bible, as people from Christian Smith to Rachel Held Evans have argued, is that it sets up a false dichotomy in which the literalist gets to decide what is worth taking literally and what is not. It allows the literalist to set the rules of a complex game in which she can only win and anyone else must surely lose. By ignoring the assumptions implicit in all of our approaches to the ancient texts of the Bible, the literalist can claim superiority through a “truer” reading of the Bible than those who take more critical approaches.

This isn’t new, nor is it groundbreaking. We all believe the way we read the Bible is the right way to read it. That’s why we read it that way! The hard part is understanding that others who read it differently may not be reading it wrongly. Although this is tough for me – it means acknowledging that, yes, no matter how unlikely I think that is, biblical literalists may be reading scripture correctly – but it seems especially difficult for the literalists, whose reading of the text essentially forces them to consider all other approaches not just misguided but influenced by Satan and potentially damnable. Kind of makes a conversation difficult.

But we do all have assumptions, and no one takes the Bible literally. Our assumptions play a foundational role in how we approach that text. I mention this because I’ve posted my paper for this semester, and it looks at the assumptions underlying one of the most transformative doctrines developed by one of history’s greatest theologians. I wanted to see where the doctrine of original sin came from, and I found that it really comes from Galen – or, more accurate, the biological-sexual assumptions propagated by ancient Greek doctors and philosophers. Augustine didn’t know that, or at least he didn’t acknowledge it. He cited passages like Romans 5 and Psalm 50:7, but more often he cited, albeit indirectly and apparently unknowingly, Aristotle and Galen.

Let me give an example.

Augustine was a biblical literalist; he wrote an enormous commentary on Genesis 1-3 called The Literal Meaning of Genesis, which he tried writing earlier in his life but couldn’t finish, as he was foiled by the many oddities and contradictions those accounts contain. As he became more theologically adept, he was able to reconcile those problems in a way that allowed him to take the text as literally as possible. But he couldn’t avoid the assumptions he inherited from his culture.

This stands out when he discusses the curses Genesis 3 describes God leveling against Adam and Eve for their disobedience in eating fruit from the tree of knowledge of good and evil. Genesis 3:16 says, “I will make your pregnancy very painful; in pain you will bear children. You will desire your husband, but he will rule over you.” A strictly literal reading of this verse would imply equality of the sexes before this point. Augustine acknowledged this, but he couldn’t countenance it.

“We must believe that even before her sin,” Augustine wrote, “woman had been made to be ruled by her husband.”

Such is the nature of biblical literalism. Even the literalists cannot escape their assumptions.

For Augustine, original sin might have seemed like a straightforward biblical doctrine. But along with its reliance on the historicity of Adam – an assumption rapidly going the way of the geocentric universe – it also relies on patterns of thinking about gender and sex developed by Galen and propagated by such notable church fathers as Basil of Ancyra, Gregory of Nyssa and Ambrose of Milan. In fact, a clear line connects Galen and Augustine through those three men, who Christianized Galenic philosophy and medicine in the East then transmitted it to Augustine’s western world.

My paper looks at this connection, which does not appear to be widely discussed in the Augustinian or Galenic scholarship to this point. Which means I’ve either discovered something really cool, or I’m way, way off. I guess time will tell!

I think this paper can be helpful for those of us rethinking our traditional assumptions about the way the world works. Are we born evil, stained with sin inherited directly from Adam? That’s what Augustine determined, and it’s underlay broad Christian assumptions about sin, sex and the soul for 1,500 years and counting. I sense this consensus is unraveling, however, and I hope I can help folks work through just how untenable are the assumptions forming the backbone to a doctrine whose effects have been rather pernicious for Christians trying to develop a healthy view of self and sex in a broken world.

One thought on “The Trouble with Literalism”