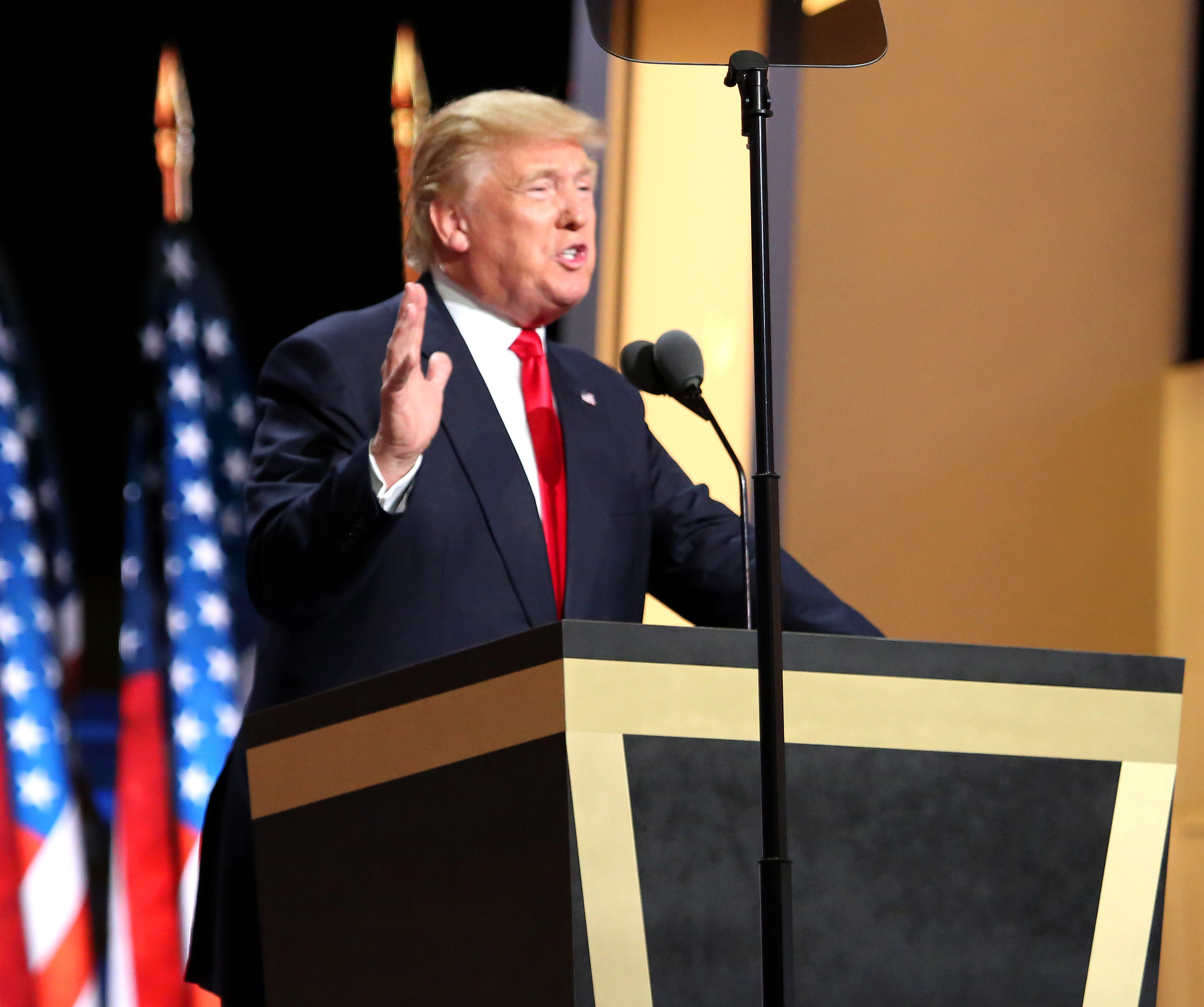 This week marks the second anniversary of the official nomination of Donald Trump to be the Republican nominee for president – and a corresponding increase in my Facebook comments on the 2016 election. For posterity’s sake, and to see how well my thoughts at the time held up, I’ll repost those comments here in their original form, without further editing (except adding some bold for emphasis) and with little to no additional commentary.

To start, here’s what I wrote about Trump’s acceptance speech at the Republican National Convention. I think it’s held up; even as Trump has continued to criticize Hillary Clinton and implied she should be investigated, he’s doing very little to actually follow through on this rhetoric – I suspect in part for the reasons described below, but also because any alleged crimes for which Clinton could be investigated have almost certainly been committed by Trump and/or those in his inner circle.

There was a moment during his acceptance speech tonight that for me encapsulates a good deal of what is deeply troubling about the Donald Trump campaign (well, OK, there were several of those moments, but let’s focus on this one):

When Trump turned to the subject of Hillary Clinton’s email scandal, he argued that what she “really did” was much worse than the harsh language used by the FBI director, who was helping “save her” from paying for her “terrible crimes.” The next sentence, he described it as “an egregious crime,” and said she is “getting away with it.”

In response, the crowd chanted, as it has all week, “Lock her up!” Trump seemed to dismiss that call by replying, “Let’s defeat her in November.”

But why would he say that? Trump’s whole speech was about restoring law and order to what must logically be a lawless and orderless country, one that is wrapped in the chaos of crime and corruption that only Trump can end. But why, then, won’t he agree that Clinton should be locked up? According to him, she is “getting away with” “terrible crimes,” “an egregious crime” only because of the corruption of the director of the FBI (who’s a Republican, by the way, but never mind). As the “law and order” candidate, shouldn’t he be concerned with enforcing the laws he feels Clinton has broken, and making sure she stops getting away with terrible, egregious crimes?

Perhaps Trump unwittingly gave us a glimpse tonight into his con game – leading his supporters down dark and dangerous paths to soothe their fear and resentment, only to back away when they take his words too seriously, when they actually expect him to deliver on the sweet assurances he offered them. And what happens then, when they look around, deep in the woods into which he led them, and find him gone? How do they find their way back to the light?

For that matter, how do any of us?