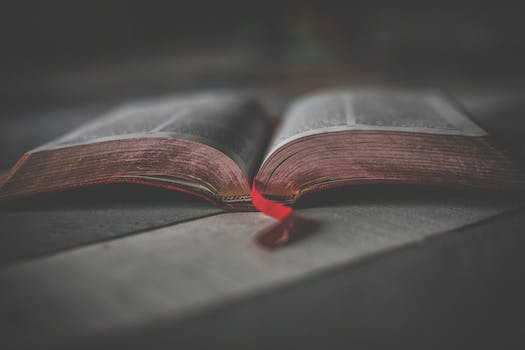 So returning to our original questions, it seems to me we answer them this way:

Very carefully! But basically that the Bible is clear enough about the basics of the gospel that any person of reasonable intelligence can understand them without mediation from an authority figure.

I don’t think so. Parts of it claim a high level of authority for other parts of it, but none of it seems to claim perspicuity as we’ve defined it, and parts seem to expect the very mediation we define as antithetical to perspicuity.

It depends on the church. For 1,500 years, the church generally did not – and the largest Christian group, the Catholic Church, does not. Without researching it, I’d guess the Orthodox Church does not either. Perspicuity is strictly a Protestant doctrine, first articulated in its clearest form by Martin Luther 500 years ago.

Division, division and more division. Perspicuity, which relies inherently on the clarity of the text, is undermined by its own results, which show significant and vehement disagreement about the text by people whom perspicuity has taught to believe are simply seeing what is clearly there (which means others who don’t see that must be deluded by Satan or acting in bad faith).

Given those responses, I can only conclude that perspicuity is a failure as a doctrine. It is not supported by the Bible itself, relatively speaking does not have a long history of church affirmation, and where introduced leads to results that fatally undermine its own premise.

Well, first, I understand that this can be an unsettling conclusion. To reiterate what I said at the beginning of these posts, the notions of egalitarianism, democracy and the rational individual are so strongly ingrained in our modern and postmodern Western culture that it’s almost impossible to get out from under them. Whole denominational structures are based on them; the whole project of Western evangelism all but relies on them.

Which is to say I struggle to accept these conclusions even as I reach them. Knocking out what feels like a fundamental pillar of how we interact with the Bible can leave us feeling shaky, on the verge of collapse. So let’s try to build something new rather than just letting the whole edifice slide into the ocean of doubt.

The first thing we need to understand is that no matter how much we might think otherwise, none of us experiences the Bible unmediated.

For those of us born to Christian families, we receive the Bible through the interpretive lens of the faith community in which we are raised. Parents, pastors, episodes of “Unshackled,” unnecessarily loud Air-1 preachers – all of that shapes everything about how we read the text. And I mean everything.

I can’t overstate how all-pervasive this mediation is. Not only does it shape how we view the Bible – whether we think of it as one book or 66 (or 73 or 81) individual texts, whether we think of it as a mainly historical record of theological discovery or something akin to a roadmap for righteous living or a code book that will unlock the secrets of the end times, whether we accord it the weight of historical and scientific accuracy – but it shapes how we put together numerous texts with multiple, often controversial interpretations.

Whole theological programs regarding free will, predestination, salvation, atonement, justification, eschatology and church organization depend on certain readings of dozens, if not hundreds, of passages – and all of them seem perspicuous when the Bible has been mediated to you through the lens of people who support them.

So if you’re a lifelong Christian struggling with the idea of letting someone else tells you what the Bible means, good news! You’ve already been doing that your entire life!

So perhaps giving up scriptural perspicuity isn’t as drastic as it seems. Perhaps it just means being more honest about how we read and interpret the Bible.

Instead of acting as if we are reading the plain text of the Bible and understanding what it clearly says, maybe it’s time to put on the cloak of epistemic humility – understanding that we rational individuals do not know all there is to know, that we cannot in fact trust our own conclusions to be our own conclusions, and that yes, we do need help from trusted sources – parents, priests, pastors and other mentors, all of us working together under the guidance of the Holy Spirit.

In the end, maybe it’s just changing our thought patterns. Instead of using the language of clarity and individuality, let’s move to a narrative of complexity and community.

(I owe a debt to Christian Smith’s The Bible Made Impossible, which informs some of my views on scriptural perspicuity, but which I read so long ago, I couldn’t provide exact citations. It’s a good book. You should read it.)