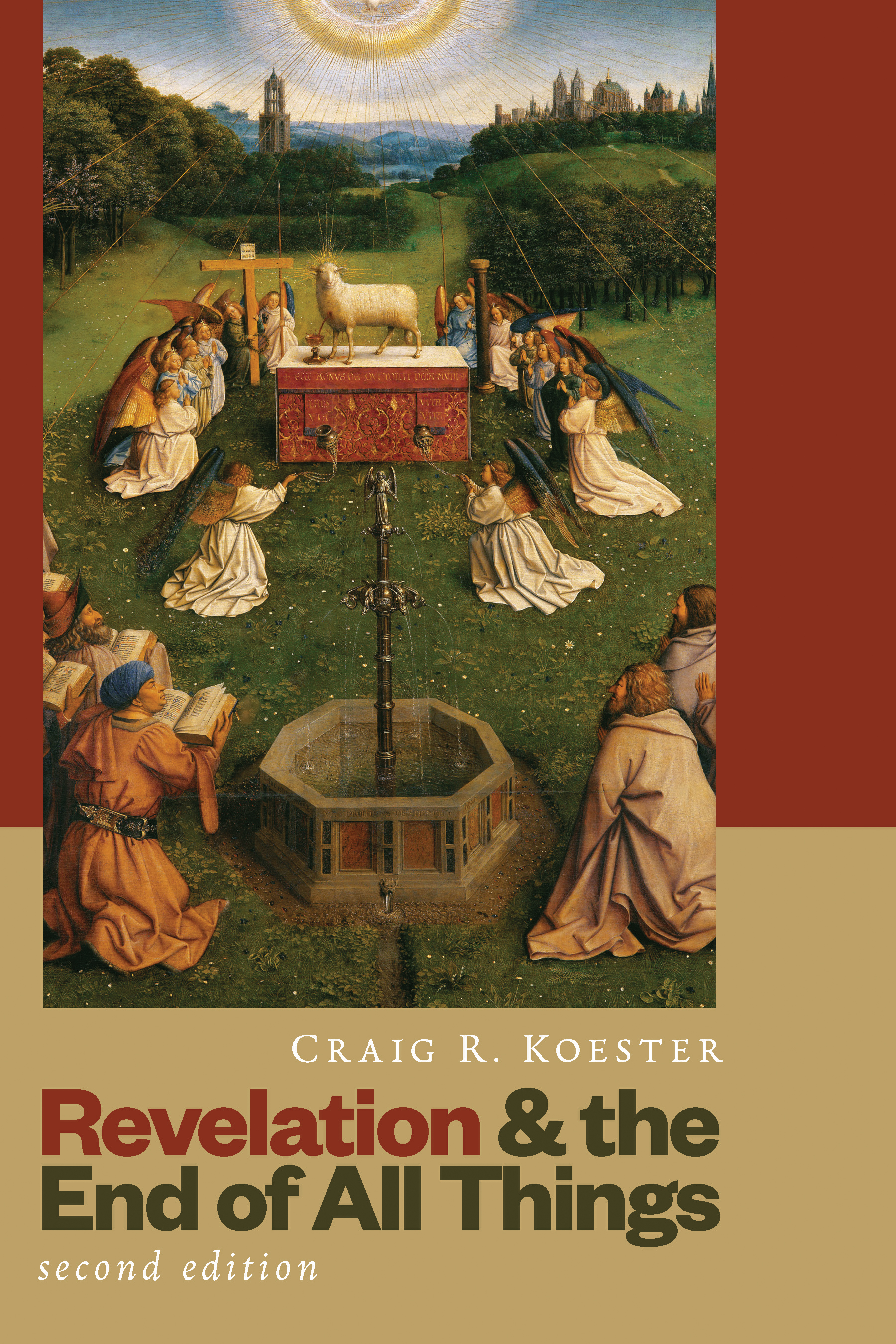 When I was a kid, my favorite book of the Bible was Revelation.

Granted, this almost certainly was because it was easily the most interesting book to read for a kid who wasn’t allowed to bring an activity bag or any other distractions for worship service – also known as the slowest 45 minutes of my week. All I had was my Bible, and beasts, earthquakes and other calamities helped the time fly right by.

Obviously, growing up in a conservative evangelical faith tradition, I learned the “left behind” interpretation of Revelation, or to use the fancy technical term: premillennial dispensatiionalism. Rapture, Tribulation, World War III, Armageddon and all the rest.

Fast forward two decades or so, and I’m now teaching a class on Revelation at the Episcopal congregation my family attends. Far from repeating the code-book style of interpretation so common in American Christianity, we’re trying to find a healthier way of reading the book that would be recognizable to the original recipients. After all, it seems like the ultimate practice in arrogance to assume that a letter written 2,000 years ago is somehow all about you, and it certainly does us no favors to uncritically accept a reading that argues, as philosopher-theologian Randy Harris once called it, that “God so loved the world that he sent World War III.”

Given that effort, we’re using Craig Koester’s Revelation and the End of All Things as our study guide. It’s a great book, and going through it for the second time has been even more helpful than the first.

One of the many helpful arguments in Koester’s book is that Revelation’s threats only seem to be threats if you benefit from the status quo. In other words, for the many people who have seen the ruling order marginalize and oppress them, the arrival of four horsemen tearing down that system might seem more promise than disaster.

The visions are designed to unsettle complacent readers … who may be lulled into a false sense of security by social and economic conditions that are favorable to them, reminding them that power ultimately belongs to God. At the same time, the visions give the oppressed incentive to persevere in the confidence that the conditions that allow for their oppression will not continue forever. … Ongoing peace simply gave the powerful the luxury of oppressing the people of God. For change to come, God would need to disturb the peace. (p. 86)

After class last week, one lady who grew up with the same interpretation of Revelation as I did, but who also spent several years worshiping at a predominantly black church said she had a sense that congregation “read a totally different Revelation than I did.”

No doubt. The fifth seal, immediately after the rise of the Four Horsemen, shows the martyrs in heaven asking God, “How long … before you pass judgment and bring justice for our blood?” (Rev 6:10)

This verse was close to the top of my mind as I read W.E.B. Du Bois’ Darkwater: Voices from Within the Veil, his 1920 collection of essays, poems and short stories. Early in the book, he pens “A Litany in Atlanta,” describing a lynching.

Reading the excerpt below, can anyone doubt Du Bois and other African Americans read a very different Revelation?

A city lay in travail, God our Lord, and from her loins sprang twin Murder and Black Hate. Red was the midnight; clang, crack, and cry of death and fury filled the air and trembled underneath the stars where church spires pointed silently to Thee. And all this was to sate the greed of greedy men who hide behind the veil of vengeance!

In the pale, still morning we looked upon the deed. We stopped our ears and held our leaping hands, but they – did they not wag their heads and leer and cry with bloody jaws: Cease from Crime! The word was mockery, for thus they train a hundred crimes while we do cure one.

Behold this maimed and broken thing, dear God; it was an humble black man, who toiled and sweat to save a bit from the pittance paid him. They told him: Work and Rise! He worked. Did this man sin? Nay, but someone told how someone said another did – one whom he had never seen nor known. Yet for that man’s crime this man lieth maimed and murdered, his wife naked to shame, his children to poverty and evil.

Doth not this justice of hell stink in Thy nostrils, O God? How long shall the mounting flood of innocent blood roar in Thine ears and pound in our hearts for vengeance? Pile the pale frenzy of blood-crazed brutes, who do such deeds, high on Thine Altar, Jehovah Jireh, and burn it in hell forever and forever!

Forgive us, good Lord; we know not what we say!

Bewildered we are and passion-tossed, mad with the madness of a mobbed and mocked and murdered people; straining at the armposts of Thy throne, we raise our shackled hands and charge Thee, God, by the bones of our stolen fathers, by the tears of our dead mothers, by the very blood of Thy crucified Christ: What meaneth this? Tell us the plan; give us the sign!

Keep not Thou silent, O God!

Sit no longer blind, Lord God, deaf to our prayer and dumb to our dumb suffering. Surely Thou, too, are not white, O Lord, a pale, bloodless, heartless thing!

Ah! Christ of all the Pities!

Forgive the thought! Forgive these wild, blasphemous words! Thou art still the God of our black fathers and in Thy Soul’s Soul sit some soft darkenings of the evening, some shadowings of the veiled night.

But whisper – speak – call, great God, for Thy silence is white terror to our hearts! The way, O God, show us the way and point us the path!

Whither? North is greed and South is blood; within, the coward, and without, the liar. Whither? To death?

Whither? To life? But not this life, dear God, not this. Let the cup pass from us, tempt us not beyond our strength, for there is that clamoring and clawing within, to whose voice we would not listen, yet shudder lest we must – and it is red. Ah! God! It is a red and awful shape.