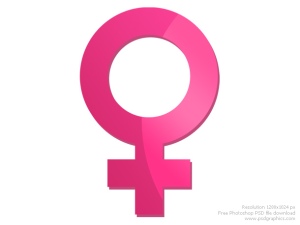 … make it this Q&A with Dianna Anderson on Rachel Held Evans’ blog as part of Rachel’s “Ask a …” series. Dianna answered questions as a feminist. Allow me to pull an excerpt, from her answer about the compatibility of feminism with opposition to abortion:

I believe it is possible to be a feminist and pro-life, as long as that pro-life ethic does not come with rhetoric that shames, ignores, or vilifies women for the choices that they may make about a legal procedure. Don’t use your pro-life stance to treat women like morons. Don’t use it to shame women for their sexual choices, because, honestly, you don’t know what led to those choices. Instead, use your pro-life stance to attempt to make a difference in the lives of the women surrounding you by supporting them, by letting them know that you will be there for them if they do have an unwanted pregnancy (and then actually being there for them!), and by working to lower the occurrence of unwanted pregnancies in the first place – which means better sexual health education in schools, funding for birth control measures and education about using that birth control, promoting research into methods of safe male birth control, and creating an environment where the women in your life can come to you to discuss safe sexual choices.

Nothing will turn you into a feminist faster than having daughters. The more I think about what I want them to know about the world and about themselves, the less tenable I find anything but true equality in all aspects of life – including the church. We’ve discussed here before the radical femininity of Christ in response to the erroneous notion that Christianity has “a masculine feel” and shape. Go there if you want an example or two of how Jesus subtly subverted the patriarchal gender norms of his day. Anderson adds another one:

END_OF_DOCUMENT_TOKEN_TO_BE_REPLACED 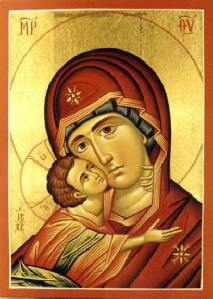 Historically, it doesn’t surprise us that the virgin birth has no evidence to support it; miracles rarely do, and how would one go about supporting such an event historically? It’s not really possible in this case. Biblically, it is perhaps a little more surprising that the case is weaker than it first appears. The two stories told by the gospel writers don’t really match up at all, and they aren’t compatible in some key places. Meanwhile, the earliest Christian writers don’t mention it, and the earliest gospel seems to assume a very natural birth for Jesus.

But it’s not a slam dunk by any stretch. There are enough openings there for anyone who wants to believe in the virgin birth while being intellectually honest to sleep well at night. The question we then must ask is: How theologically necessary is the virgin birth? Does the Christian faith rise or fall on the question of Mary’s virginity? At some point, faith requires belief in the improbable if not impossible. If the virgin birth is where that line gets drawn, that’s fine, but should it be drawn there?

Today, we’ll focus on those who say yes, the virgin birth is a core doctrine of Christianity and essential to the faith.

It’s not the most scholarly way of going about things, but a quick Google search helps get us some perspectives on this.

END_OF_DOCUMENT_TOKEN_TO_BE_REPLACED

In my other life as a newspaper reporter, one of my coolest assignments was going to Denver for a week to cover the Democratic National Convention for the Rocky Mountain News (R.I.P.) in 2008. I mainly live-blogged and tweeted, but I got a couple of print bylines, which was cool, and covered some protests, which was fun. The first event I covered was the first event of the convention, an interfaith prayer gathering, the first ever event at a Democratic convention designed for people of faith.

One of the speakers there changed my view of politics and religion.

Charles E. Blake, presiding bishop of the Church of God in Christ, expressed his frustration with the Democratic Party for its support of abortion. Quoting from my own blog post about his remarks:

Bishop Charles E. Blake, presiding bishop of the Church of God in Christ, called on presumptive Democratic nominee Barack Obama to “follow through on his promise … to reduce the number of abortions” while stopping just short of criticizing the Democratic Party for its support of the practice.

“Surely we cannot be pleased with … millions of terminated pregnancies,” Blake said to applause from the nearly full Wells Fargo Theater. “Something within us must be calling for a better way. If we do not resist at this point, at what point will we resist?”

Democrats must know about the “moral and spirtual pain so many of us feel because of this disregard for the lives of the unborn,” Blake said.

Powerful words. Amos-like, even, as he starts with something his party would support, protecting the rights of children, then moves into condemnation of the party’s stance on abortion.

“Others loudly proclaim their advocacy for the unborn, but they refuse to recognize their responsibility and the responsibility of our nation to those who have been born. They are presently and historically silent, if not indifferent, to the suffering of our inner cities.”

I turned in my paper on Amos yesterday. The assignment was to do an exegesis of an assigned chapter in Amos, then follow that up with an analysis of one or more ethical issues raised by the chapter. I was assigned Amos 7, which actually doesn’t have much in the way of direct ethical condemnation. It contains three visions and a confrontation between the prophet and Amaziah, the high priest of Bethel.

But that confrontation is telling, as in it, Amaziah tells Amos to go back to Judah and prophesy there because Bethel is “the king’s holy place and the king’s royal house.” Amos has presumably spent a year or more criticizing the religious and economic power structures of Israel because of their disregard for and exploitation of the poor, and all Amaziah can say is that he can’t preach there; it’s the king’s place. It’s a sign of how corrupt and self-serving the power centers of Israel’s life had become. They existed to perpetuate the self-comfort of themselves and those like them and evinced no concern whatsoever for the lower classes who suffered under their rule.

Applying that for today, we as Christians are powerful people. END_OF_DOCUMENT_TOKEN_TO_BE_REPLACED

Another day, another crazy fundamentalist saying abhorrent things about gay men and women. First, there was the pastor who advocated physically abusing young children who seemed too effeminate. Now, another has said we should cordon gay people into camps ringed by electrified fences.

I honestly have no idea what to say about this. It should be obvious how unChristian these comments are – such hatred and violence have no place among the followers of Jesus, no matter how wrong one feels homosexuality is. I think most everyone knows that, Christian or not. These comments are so extreme, I hesitate even mentioning them because I fear giving these twisted people the publicity they clearly crave. I see that same hesitation among people like Alise Wright, who frequently stands up for gay people on her blog, and Justin Lee, who lives in the uncomfortable margin between homosexuality and Christianity.

So rather than spend my morning turning exquisite phrases of outrage, allow me to focus on something positive. This weekend, I read an amazing story from The Washington Post‘s Petula Dvorak about a transgender 5-year-old. Yes, you read that correctly.

END_OF_DOCUMENT_TOKEN_TO_BE_REPLACED

We’ve spent the first seven parts of this series focused on the New Testament authors and their words about the birth and family background of Jesus. But there are alleged specific Old Testament references as well. By which I mean, we can argue the entire OT points to Jesus, and that we can find types of Christ all over the Hebrew Bible. But I’m thinking of two passages in particular that Matthew cites as pointing toward the specific circumstances surrounding Jesus’ birth.

Matthew 1:23 argues Jesus’ virgin birth fulfills prophecy, and Matthew 2:6 argues his birth in Bethlehem does, as well. Let’s look at those.

“Look! A virgin will become pregnant and give birth to a son, and they will call him, Emmanuel.”

END_OF_DOCUMENT_TOKEN_TO_BE_REPLACED

Note: Some of this, especially near the end, is taken from the reading response I turned in very early this morning for my Amos class, but I’ve adapted it heavily for my blog audience.

As I was finishing the reading I needed to do for this upcoming short course on the book of Amos, it struck me that one of the older themes of this blog – seeing God as a multifaceted God of evolution – had cropped back up again.

Scholars disagree on how we got to the current text of Amos, but most agree Amos didn’t just get up and start preaching the words of 1:1, end with the last verse of chapter 9, then go home. Even a literal reading precludes that possibility, as it mixes oracles with visions, includes a narrative of confrontation between Amos and the high priest Amaziah, and seems to assume a significant time lapse over the course of the book. Besides which, we know Amos spoke his prophecies; at some point, they were written down, but we don’t know when or by whom.

Nineteenth-century source criticism was all about trying to uncover the various layers of Amos (and every other book of the Bible). The idea was to isolate the “true” historical Amos underneath the edits and redactions made by future generations compiling his spoken oracles into a single volume. There’s nothing wrong with this, but the problem lies in the assumption of those earliest scholars – the notion that the “true” Amos was more valuable than the rest because it was more historically accurate. That’s very modernist, and it’s very unfair to the text. We have the canonical version of Amos for a reason, however the evolution took place.

On the other extreme, traditional evangelicalism recoils against the notion that Amos is not written by Amos at one tim, in the eighth century B.C.E. The notion of finding “seams” within the text and arguing for a core set of oracles surrounded by later additions is considered heretical to the notion of the inerrant word of God. Such a process in composing the final text seems too … human.

Yet we know God uses humans and their imperfect methods to do his will. Simply because God doesn’t work the way we think he would in delivering his word to us doesn’t mean that’s not what he actually did (triple negative!). In other words, declaring off-limits the possibility of textual evolution doesn’t change the fact that the text did in fact evolve.

END_OF_DOCUMENT_TOKEN_TO_BE_REPLACED

As I said before, America needs an Amos. The first Hebrew prophet was an outspoken advocate for the voiceless, and his condemnation of economic inequality, hollow religion and exploitation of the poor could be read almost verbatim into our culture today.

In fact, some people have done exactly that. In M. Daniel Carroll R.’s Amos – The Prophet & His Oracles, he cites a pair of updated Amos prophecies spoken to contemporary America. I’d like to share them here. I’ve copied two, and then written one of my own

I’ve left the first one unchanged. It was written by Ruth E. Frey in 1992 and takes as its source the Oracles Against the Nations of Amos 2. Yet notice how prophetic it truly is.