Another funeral today, another with a casket too short, another that comes after years of prayers seemingly unanswered. The sense of this psalm, written by Glenn Pemberton for Liam almost a year ago, applies equally now to Rex; his parents, Lance and Jill; and the rest of their family:

END_OF_DOCUMENT_TOKEN_TO_BE_REPLACED

If you had been there, your feet would have been stained to the ankles in the blood of the slain. What shall I say? Neither women nor children were spared. — Fulcher of Chartres, A History of the Expedition to Jerusalem, 1095-1127

Perhaps the most alarming single fact that I’ve learned about the First Crusade is that after the Christians breached the walls of Jerusalem and slaughtered all who had sought refuge in the Dome of the Rock mosque (Fulcher actually called it the Temple of Solomon), the soldiers went immediately to the Church of the Holy Sepulchre, built by Constantine on the site believed to be where Jesus’ tomb had been, and gave thanks to God for the victory.

Has there ever been any series of events that were so strongly supported at the time of their occurrence only to be so thoroughly repudiated by later history? The crusaders believed so strongly in the divine support of their mission that they launched at least eight of them over the 180 years between 1096 and 1271.

As we’ve seen, the church began its life as an oppressed movement that forbade its members from even joining the army, in part because soldiers likely would be asked to arrest, torture or kill Christians. Power had changed much about the Christian comfort with soldiery and violence, especially violence in the name of God.

As recently as 1066, the famed Battle of Hastings that changed western civilization forever, the papal-backed soldiers of Normandy paid penance for the deaths they caused on the battlefield. Yet just 30 years later, Pope Urban II made a substantial shift in the relationship between killing and sin.

END_OF_DOCUMENT_TOKEN_TO_BE_REPLACED

Last time in this series, we looked at the nationalization of the church in the era of Constantine and his successors, which led to a cozier relationship between Christians and all aspects of the state, including the military. After prohibiting soldiers from being baptized in the second century, military service was explicitly allowed by the Council of Nicaea in 325 – in fact, the council prohibited Christians from rejecting military service during peacetime.

We ended with Augustine, who in arguing against the ultra-rigorist Donatists, developed the notion of ex operate operatum, that sacraments like baptism are worked by the work – the baptism itself does the work of saving, not the person doing the baptizing. That worked well as a defense against throwing an unknown number of people out of the church because of the failings of an unknown number of priests.

But of course, doctrines that make sense in one context sometimes develop into something quite differently. Such was the case after the fall of Rome in the fifth century. The last Roman emperor – that is, the emperor based in Rome – was deposed in 476, although the Roman Empire itself continued in Constantinople for many centuries. Nevertheless, the decentralized collection of Germanic states that made up the former territories of the Roman empire led to a different understanding of the faith of Rome, which those states did eventually adopt.

Among those states were some small political entities, run by the pope himself, stretching across central Italy. The bishop of Rome as a political ruler led to entanglements with the various Germanic rulers, depending on the relative strengths of the personalities and offices involved. The first and most significant of these interactions was with Clovis, king of the Franks.

END_OF_DOCUMENT_TOKEN_TO_BE_REPLACED

With a paper due in less than two weeks, a final the week after that and Thanksgiving right around the corner, blogging is going to be light for a little bit. I have to get up pretty early to get blogging done before work, and late nights at the library make that a lot more difficult.

So have a great Thanksgiving, and we’ll resume our conversations next week!

So how did the church move from prohibiting soldiers from being baptized in the early 200s to launching the Crusades 800 years later?

As with most major shifts in policy or doctrine, it happened slowly, but I think we can isolate a couple of key moments, the first of which featuring Constantine the Great.

In 312, as Constantine was fighting to take control of the whole empire, which had essentially been divided into four parts by Diocletian in an effort to end the succession battles that had been taking place, he purportedly saw a vision in the sky of the Chi Rho monogram, a combination of the first two letters in the Greek word for Christ that was popular with Christians at the time, followed the next day by an appearance from Jesus himself in a dream. Inspired to emblazen the Chi Rho on the shields of his army, Constantine in 313 issued the Edict of Milan, extending freedom of religion to “Christians and all others.” In 324, upon taking the reins of both the eastern and western halves of the empire, Constantine extended the edict to everyone.

END_OF_DOCUMENT_TOKEN_TO_BE_REPLACED

This is part of Justin Lee’s “Sanity” syncroblog in celebration of his new book, Torn: Rescuing the Gospel from the Gays vs. Christians Debate.

When Justin Lee came through town earlier this year, one big part of his presentation was the need for people to better understand the definitions of the terms they use. If people on different sides of an issue use the same terms but imbue them with different meaning, it’s difficult to really have a conversation.

We see this in politics. When someone says “fiscal cliff” or “tax reform” or “increased revenue,” those terms mean something different depending on their party affiliation – and that definition might be different from the one assumed by reporters, voters and other, more impartial observers.

We really see this in sexuality. The topic is so personal – and so poorly discussed – that we have lots of room to internalize our experiences and apply definitions that may or may not be the same as anybody else’s. Then when we bring those experiences and terms into public discussion, we assume we’re all working with the same definition. But we’re not, and we end up talking past each other.

One frequently used phrase that needs better definition is “love the sinner, hate the sin.” END_OF_DOCUMENT_TOKEN_TO_BE_REPLACED

Once upon a time, Christianity was very exclusive. How exclusive?

Well, enough that a third-century document, the Apostolic Tradition, attributed to Hippolytus (though no one actually knows for sure who wrote it), listed out who could not be baptized.

The text consists of various guidelines for how Christians are to conduct themselves in church – how to do baptisms, ordain bishops, perform liturgies, etc. – and, as you can tell from the title, it claims that these rules date all the way back to the practice of the apostles (though, of course, they don’t). Chapter 16 is a fascinating paragraph that opens referring to the church leadership: “They will inquire concerning the works and occupations of those are who are brought forward for instruction.”

What follows is a series of sentences in the structure, “If someone is a … he shall cease or be rejected.” Some of the professions that fill in the ellipsis are as follows:

END_OF_DOCUMENT_TOKEN_TO_BE_REPLACED

Last night was fun. For those of us who voted, donated or volunteered to re-elect President Obama, it was thrilling. It was rewarding. But it was so much more.

Because the way we vote determines our values as a society. And in 2012, our society chose compassion.

We chose health insurance for those who cannot afford it. We chose a softer approach to those seeking a better life within our borders. We chose – at least I hope we did – to begin healing our suffering planet. We chose the candidate who promised to protect the people who didn’t have a seat at the table of power, whose voices struggle to rise above the lobbyists, special interests and money that have flooded our political system.

Almost as important as what we chose is what we rejected.

END_OF_DOCUMENT_TOKEN_TO_BE_REPLACED

“Take [the election] seriously, but also take it lightly. We are citizens of the unshakable kingdom of God. Jesus is on his throne, and he’s not worried about Tuesday.” — Jonathan Storment 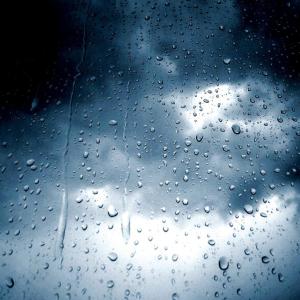 We’ve been working through 1 Thessalonians in our church’s Bible class for the past few weeks, and it’s been quite the ride. As the earliest-written Christian document ever found, it features a number of themes begging for study. The guy leading it is a New Testament professor where I work, and he’s really led the class through some unusual discussions, ones you don’t usually find in church.

One of those centered around 1 Thessalonians 2:14-16, a passage that perhaps makes us squirm a little bit nowadays, for several reasons:

Brothers and sisters, you became imitators of the churches of God in Judea, which are in Christ Jesus. This was because you also suffered the same things from your own people as they did from the Jews. They killed both the Lord Jesus and the prophets and drove us out. They don’t please God, and they are hostile to the entire human race when they try to stop us from speaking to the Gentiles so they can be saved. They constantly fill up the measure of their sin. God’s wrath has caught up with them in the end.

I’ve used the CEB, as I typically do, but replaced their preferred interpretation in v. 16b with the footnoted translation (in italics), which more closely captures the literal sense of the Greek.

So there’s the anti-Semitism, the blaming of “the Jews” for the death of Jesus, never mind that he was actually killed by Romans – and never mind that it was actually a tiny number of Jews involved in turning him over to them. For example, even if you can justly incriminate all Jerusalem Jews for Jesus’ death – and you cannot – there were still large Jewish populations in Alexandria and Rome, never mind the rest of Palestine, who would have never even heard of Joshua the Messiah until told about him by Christians decades later.

Then there’s the italicized phrase, which is a little weird.